Standing up in Solidarity

On September 15, 1963, three members of the Ku Klux Klan planted 19 sticks of dynamite right outside the 16th Street Baptist Church in Birmingham, Alabama. The church was always busy, serving as a local meeting place for civil rights leaders. On Sunday morning, due to worship services and the many activities it hosted, it was particularly packed. At 10:22 AM that morning, the dynamite exploded, killing four young girls, and injuring an additional 22 people. This was domestic terrorism, clearly a racist hate crime.

Over fifty years later, we are left asking what has changed? Last week, a man entered the Emanuel African Methodist Episcopal (AME) Church in Charleston, South Carolina. The white man joined congregants for bible study and stayed for over an hour, before opening fire on the African-American men and women present, killing nine, ranging in age from 16-87, including the church’s pastors. In custody, Dylan Roof admitted that he was hoping to start a race war.

We celebrate the advances in society towards equality and yet, we ignore that racism is alive and well in this country. The confederate flag flies high at statehouses in this country and is sold in stores. Highways are named after Southern generals who laid down their lives fighting for slavery. Since this tragic murder, many including South Carolina Governor Nikki Haley, have called for the confederate flag — a flag that is a symbol of racism, slavery, and the greatest blemish on this country’s history — to be removed from the statehouse. Wal-mart and Amazon are among the companies that have declared that they will stop selling the confederate flag. While this is progress, albeit too late — after the murder of nine innocent victims, there is much that  our religious leaders and political leaders still must do.

I am proud to be a part of the local South Orange-Maplewood Interfaith Clergy Association. Last Friday, before Shabbat, we organized a last minute vigil at the South Orange NJ Transit train station to mourn, pray, and hope together. Although the vigil was scheduled at the last minute, well over a hundred members of the community attended to cry together and pray together. This was a power experience of unity. Yet, we must do more than pray. We must challenge our leaders. 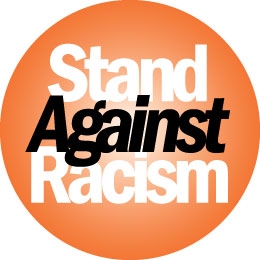 Organizations representing the Conservative, Reform, Orthodox, and Reconstructionist movements in Judaism announced this week that they have joined together to declare that this Shabbat will be a Shabbat of Solidarity with the African-American community against racism. I appreciate the sentiment and always stand with my black brothers and sisters against racism. I don’t think you will find anyone in their right mind who wouldn’t agree that what happened at the Emanuel AME Church was a heinous, racist attack. The murderer said so himself! But we cannot only take a stand against racism when such terrible murders happen in this country and ignore the systemic racism that exists in society and that too many deal with on a daily basis. Where was the solidarity Shabbat following the deaths of Michael Brown, Tamir Rice, Eric Garner, or Freddie Gray? Where was the solidarity Shabbat when Trayvon Martin was killed for wearing a hoodie or young black teens were tackled by police for swimming in McKinney, Texas? The Jewish community — and society as a whole — has been too quiet in standing up to the systemic racism in this country. We all must stand up against racism, but I must ask, what has taken us so long to take a stand?

As we stand in solidarity, the tragedy of Charleston must be a spark that forces us to stand up more. We cannot wait for our leaders to act. We must stand up to our leaders and demand that they act. Last Shabbat, we read Parashat Korach. In this Torah portion Korach challenges Moses’ leadership and attempts to start a rebellion. He embarrasses Moses publicly, fails in his attempt to overthrow the leadership, and ends up being swallowed up by the earth. The Torah commentator Rashi suggests that Korach failed because he was only interested in his own power. Yet, maybe he wasn’t wrong in his efforts, just in his execution. There are times when we must stand up to leadership. There are times when we must stand up to apathy and stand up for what we believe in. We must take what Korach attempted to do and channel it for the right cause — to change society and make a difference in the world. Fifty years later we need to stop standing up a lot more.

One response to “Standing up in Solidarity”