Following last Tuesday’s presidential election, there is a collective exhaustion. Thsi has nothing to do with which candidate won or lost, but rather simply about the process – a presidential race that has been going on for what seems like years, a race that has been the talk – and really the only talk – of twenty-four hour cable news channels, a race that has bombarded us Floridians with the typical assortment of commercials expected in a swing state. However, after months of receiving robocalls from Jennifer Lopez and Chris Rock, mailings full of facts and lies, and DVRing every television show I enjoy watching just so I can fast forward through political ads, the election is over and I’m exhausted!

Like a student who stays up all night to cram for a big exam, I have that post-exam feeling, wondering what now will occupy my time. You see, I am a bit of a political junkie. The CNN Political Ticker is the first websitesI check in the morning. I try to spend a couple of minutes every evening watching all of the major cable news networks, and even save some time for the absurd and comical analysis of Jon Stewart on The Daily Show. Even news outlets have felt this post-election exhaustion, not knowing what to do next, not knowing what actual news to report. In fact, just days ago, the Washington Post had a two page article handicapping the 2016 Presidential Race. Clearly, those who enjoy the campaign cycle leading up to an election more so than even the election itself are grasping for another election to obsess over. Well, have no fear – that election is in ten weeks from now. That’s right. In the middle of January, Israel will have emergency elections, following the disbanding of Prime Minister Netanyahu’s Coalition government.

Andrea and I were living in Jerusalem as part of my rabbinical studies four years ago during election time. We were not only there for the historic Obama-McCain election of four years ago. We were also their months later for the Knesset elections. Israel, like England, has a parliamentary system with many parties. Unlike America’s two party system, Israel has dozens of parties. Actually, in the Knesset elections four years ago, close to forty different parties were on the ballot, ranging from the right-wing Likud party currently in power and the more leftist Labor party in which Israel’s first Prime Minister David Ben-Gurion was a part of, to the Ultra-Orthodox Shas party, the Israeli Arab party Ta’al, and small parties like Nitzolei HaShoah im Bogrei Aleh Yarok, a party made up of Holocaust survivors who want to decriminalize marijuana.

Without a two-party system, like here in the states, it is very difficult for a particular party to gain a majority of the 120 seats in the Knesset. Thus, coalition governments are created, and ultimately fall apart as well because of deals brokered and promises broken. The winning party doesn’t even necessarily control the government. Netanyahu and his Likud party didn’t win the most seats in the election four years ago. The left-of-center leaning Kadima party then led by Tzipi Livni did, but because of backroom political deals that are reminiscent of the issues that we too often deal with with the political process here in the United States, she was unable to gather enough support for a coalition government. I offer this brief introduction to Israeli Political Science because one of the main themes in the Jewish community over the last two years was that this past week’s presidential election was the most important election in Israel’s history. 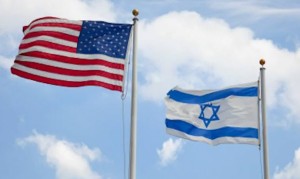 Both sides argued that their candidate was strong in his support for Israel, that if he were elected, it would guarantee strong US-Israel relations. The truth is that organizations such as AIPAC ensure that whomever is elected, Republican or Democrat, the senior senator from New York to the first-term congressman from North Dakota, supports strong US-Israel relations. The reality is that the election that has the greatest impact on Israel’s future is not the election that took place this past week. Rather, it is the election that will take place on January 22nd that will deem what Israel’s future holds and while we in the American Jewish community want to feel that we are responsible for ensuring Israel’s future, Israel is a sovereign, independent state. Israel, and Israelis, are responsible for ensuring Israel’s future.

Early elections were only recently announced so, unlike in this country where our politicians seem like they are on the campaign trail around the clock, Israel “only” has a couple of months of campaigning. And the biggest issues to be debated during the campaign range from the Iranian nuclear threat, Israel’s recent Social Justice protests, negativity towards the Tal law that allows Haredi Jews to indefinitely defer their national service, and the of course, the stalled Israel-Palestinian peace negotiations.

I expect that the issue of the stalled Israeli-Palestinian peace process will be center stage when the candidates debate each other in a matter of weeks. Of course we must understand that this is a two way street. Israeli politicians can debate the peace process, but they do so as just this weekend, close to 100 rockets from Gaza continued to strike Southern Israel. With residents spending Shabbat in bomb shelters, it is clear that the path we are on cannot continue. So as the election cycle shifts from the United States to the Jewish State, we must ask ourselves and Israel must ask herself, how can we achieve peace? What vision do Israelis want for the future? Is it a future of chaos and confusion with their neighbors or peace and coexistence? As mentioned many times before, I am a “dove,” a peacenik, an optimist who believes that peace is still possible, and necessary, to ensure that Israel survives and thrives as both a Jewish and democratic state. I also believe that our tradition teaches us that peace is not only possible, but the only inevitable solution.

We find that at the end of Parashat Chayei Sarah. In the past couple of weeks, we have learned of the whirlwind that has been Abraham’s life. He has gone from an old man with a barren wife who journey’s to destination unknown to a man with two sons, Isaac and Ishmael, from two different women, his wife Sarah and her maidservant Hagar. Sarah’s jealously had led to Hagar and Ishmael being displaced and homeless. Abraham’s commitment to his wife led to him kicking out his beloved son Ishmael and the mother of his child, forever creating a schism within the family.

The irony is that life didn’t get any easier for him without Hagar and Ishmael around. Abraham almost sacrifices the one son that he doesn’t kick out, Isaac, and we learn at the beginning of Parashat Chayei Sarah that Sarah dies. Rashi explains that when Sarah hears that Abraham has gone to sacrifice her son Isaac, she dies immediately of heartache. While our tradition teaches us that Isaac is the patriarch of our people and ultimately it is through his lineage that the Jewish people increase, Islam views Abraham’s first son, Ishmael as their patriarch, an ancestor to the Arab world, and the forefather to Islamic prophet Muhammed. Two peoples, two religions, brothers, separated and divided by the acts and emotions of their parents. Yet, we see that such division between these two brothers, and ultimately the nations that will come from them, is not permanent. Towards the conclusion of Parashat Chayei Sarah, we read Genesis 25:8-9 : “And Abraham breathed his last breath, and died in a goold old age, an old man full of years. And Isaac and Ishmael, his sons, came together and buried him in teh cave of Machpelah.”

Abraham expels Ishmael from his home and according to the plain reading of the Hebrew Bible, of the Torah, distances himself from Ishmael. Additionally, there is no evidence in the Torah to suggest that Isaac and Ishmael, these two patriarchs of two different peoples remain in touch. Yet, somehow, after their father Abraham breathed his last breath, they reunited and came together and realized that they weren’t so different after all. Despite differences, they remembered that they were brothers. Let this lasting image be a sign and model for Ishmael and Isaac’s contemporary descendants: Arabs and Israeli Jews, to find common ground and remember that we are all brothers and sisters.

So as we analyze the upcoming Israeli elections, I urge the next leader of the Jewish state, be that Benjamin Netanyahu, Shelly Yachimovish, Shaul Mofaz, Yair Lapid, or other, to remember this lesson we learn from the Torah. Regardless of the past, there are opportunities to come together. Both Isaac and Ishmael had no doubt strained relationships with their father. One was almost killed, the other kicked to the curb. Both acknowledged their tumultuous past and yet, in heartache, because of loss, they came together. I hope and pray that the current and future soon-to-be-elected leaders of Israel can find a way to come together with their neighbors. For coexistence will lead to a more stable Jewish state and ensure a better or brighter future for all. May we all hope and pray that when Israel votes in the coming months, they vote for peace!

2 responses to “Voting for Peace”